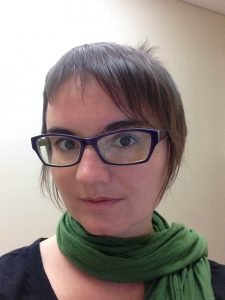 Dr. Richardson has been a Research Officer in the Genome Plasticity and Disease group at Mater Research Institute–University of Queensland in Brisbane, Australia since September 2013, where her primary research focus is the activity of LINE-1 retrotransposons in the mammalian germline and early embryo. She completed her PhD in July 2013 in the laboratory of Professor John V. Moran in the Department of Human Genetics at the University of Michigan in Ann Arbor, USA. She obtained a Bachelor of Science in 2005 from the department of Microbiology and Molecular Genetics at Michigan State University, East Lansing, USA.read more

Dr. Richardson is interested in the dynamic relationship between transposable elements (TEs) and mammalian genomes. TE-mediated mutagenesis is an endogenous source of genetic diversity both within an individual (genetic mosaicism), and between individuals. On an evolutionary time scale, TE activity, along with other endogenous and exogenous mutagenic forces, provides the “raw material” for natural selection and the evoultion of gene function and regulation. However, at the level of the individual organism, TE mutagenesis of critical genes and regulatory regions can cause complete unviability, or result in genetic disease. Thus, mammalian genomes have evolved numerous defense pathways to restrict TE mutagenesis.

Dr. Richardson’s PhD and postdoctoral work has centered on the activity and regulation of the retrotransposon LINE-1, which is the only autonomous TE presently active in human genomes. LINE-1 regulation occurs at many levels, including epigenetic repression and small RNA-based defence pathways.  The focus of her PhD thesis was regulation of LINE-1 by the APOBEC3 (A3) family of restriction factors. The human A3 family comprises seven members which have activity against exogenous retroviruses as well as endogenous TEs. APOBEC3A is the strongest inhibitor of LINE-1 activity, and the main finding of Dr. Richardson’s PhD thesis was to uncover the molecular mechanism of this restriction.

Dr. Richardson’s focus on LINE-1 regulation during her PhD led to her current research interest: in the face of numerous restriction mechanisms, at what point during mammalian development, and how frequently, do new heritable LINE-1 insertions occur? Her recent work in the Faulkner laboratory has established that a new endogenous LINE-1 insertion occurs in at least one in 8 mouse genomes, and that these insertions primarily arise in the pluripotent cells of the early embryo, prior to germline specification. However, she also uncovered a signficiant proportion of LINE-1 retrotransposition events occurring in early primordial germ cells, giving rise to germline-restricted genetic mosaicism. Notably, the early primordial germline represents a previously unappreciated developmental stage for the generation of heritable LINE-1 insertions.